Christopher Belchers, President & Chief Executive Officer
Chris has 30+ years of general management, consulting, and international experience and was CEO of a mid-sized company with 650 employees. As a consultant, he was worked with some 200 companies, ranging from start-ups to $billion corporations, primarily to improve their business strategy, marketing and organization. Many of his clients are engaged in manufacturing and high technology.

Chris is a chartered accountant, and holds a B Com degree from the University of Natal. 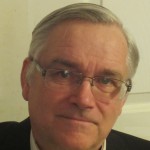 Ian McGregor P. Eng., Chief Technology Officer
Ian is a Professional Engineer with 37 years experience in the Chemical Processing Industry. He has initiated many innovations in the field of solvent recycling, three of which are patented under his name. He has two engineering degrees from the University of Toronto. 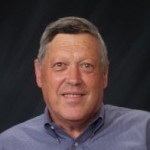 John Belchers, Chief Financial Officer
John has 30+ years of highly successful achievements in private and publicly held companies ranging from start up to $5 billion in annual revenues. He has worked as CEO, COO and CFO in services, e-commerce and high technology businesses. He is also experienced in capital raising, M&A and turnaround management, and has led 3 successful IPOs.

John is a chartered accountant, chartered management accountant, and holds a BS Business Science degree from the University of Cape Town. 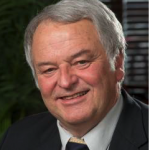 Dr Gord Surgeoner
During his 30-year career, Gord has worked tirelessly to promote initiatives and champion causes that he believes are important to the well-being of the agri-food industry. After completing his Bachelor of Science in Agriculture in 1971 at the University of Guelph, Dr. Surgeoner went on to obtain a Master’s degree in Economic Entomology in 1973, also from Guelph and a Ph.D. in Forest Entomology in 1976 from Michigan State University. Gord became an esteemed professor at the University of Guelph in Environmental Biology and Plant Agriculture, where he remained on faculty until his retirement in 2004.

Since his secondment from the University of Guelph in 1999, Gord has been the President of Ontario Agri-Food Technologies, a non-profit organization consisting of members from farm associations, universities, industry and governments. The organization focuses on ensuring that Ontario producers have access to the latest technologies to compete globally and to develop new market opportunities, many of which are beyond food.

In 2005 Dr. Surgeoner was invested with the Order of Ontario. This distinguished award recognizes Dr. Surgeoner’s significant contribution to Ontario’s agri-food sector. Gord has received many other awards and accolades, including the 2011 Life Sciences Ontario Community Service Award, the 2007 University of Guelph Alumnus of Honour Award and the 2002 Award for Contribution to Advancing the Benefits of Biotech for Canadians. He is a also a recipient of the Queen’s Golden (2002) and Diamond Jubilee (2012) Awards and was inducted into the Ontario Agricultural Hall of Fame in June, 2014. Gord is a strong advocate for Canadian agriculture, the Canadian regulatory system and the opportunities Canada has in a global marketplace. He joined Drystill’s Board in 2014. 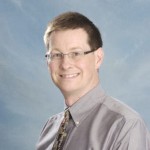 Dr. Bradley A. Saville
Brad is a Professor of Chemical Engineering and Applied Chemistry at the University of Toronto, with specific expertise in bioprocess technology, biofuels and renewable energy systems, industrial applications of enzymes, economics, and life cycle analysis.

He has been a technical advisor and consultant to various Government agencies and to several organizations that produce biofuels and biochemicals. In addition, Brad is a Consultant and Director for Chemical Engineering Research Consultants Ltd, and Founder/Principal of Savant Technical Consulting. He is a published co-author of a number of scientific books and articles.

Brad holds B.Sc. and Ph.D. degrees in Chemical Engineering from the University of Alberta, Edmonton, Alberta, Canada. He joined Drystill’s Board in 2014.